Understanding Vegan Wines | From Vineyard to Glass with Querciabella 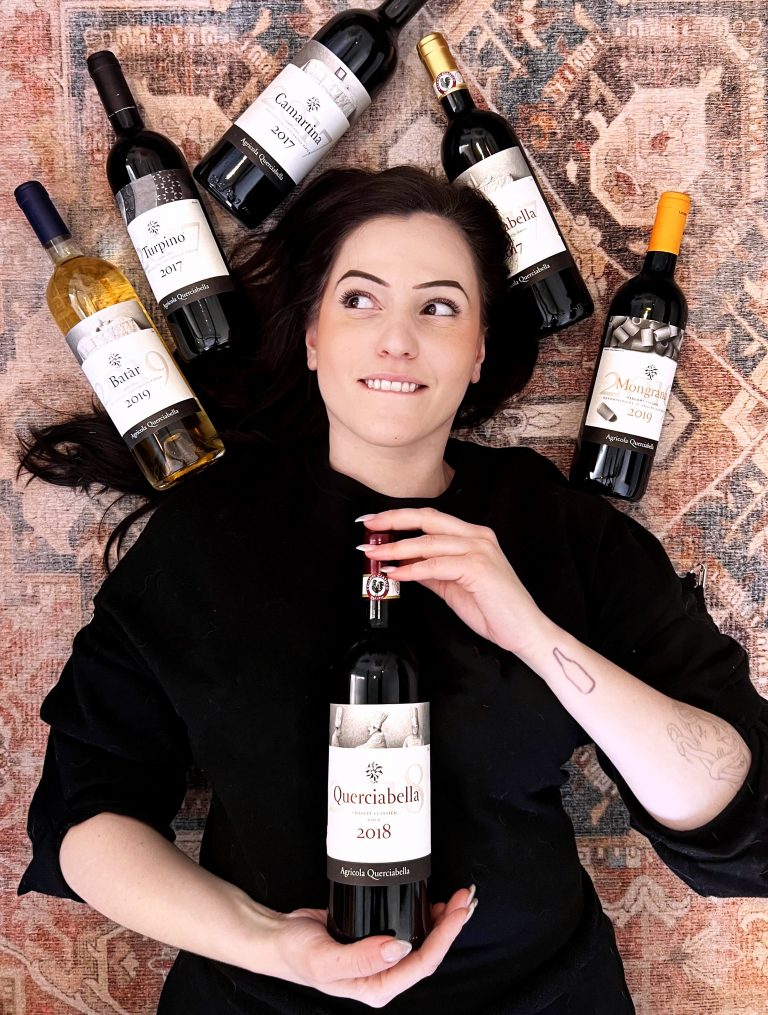 While wine is essentially fermented grapes and yeast it might be a shock to learn that not all wines a vegan. The years of wine just being about fermented grapes changed long ago. There are so many steps in the process of creating the wines we enjoy today. From work in the vineyards to the processing of grapes in the cellar, even wines produced as naturally as possible are not void of the trappings of modern society. Animal products in wine are incredibly ubiquitous and some might be a gasp to know that use of them is not written on the label.

So what makes a wine fully vegan?

Vegan wines can be split into two factions. Vegan wine production only in the cellar and vegan wine production starting in the vineyard. In the cellar, it is all about finning. After the wine is fermented and fully produced it goes through 2 processes called finning and filtering before it is ready to be bottled. While common winemaking particles for flittering are fully vegan, it is finning that can be non-vegan. Unlike filtering, finning wine is also part of the wine stabilization process. As well as removing unwanted material from wine, finning can flush out elements derived from the winemaking process that can affect the aromas, colour or bitterness of the final drink. Removing tiny molecules called  ‘colloids’, which include tannins, phenolics and polysaccharides, finning agents make these substances big enough to be filtered out. And here is where the non-vegan part comes into play. There is a multitude of different finning agents made from animal products – casein (a milk protein), albumin (egg whites), gelatin (animal protein) and isinglass (fish bladder protein). But there are vegan finning agents out there too like carbon, bentonite clay, limestone, kaolin clay, plant casein, silica gel, and vegetable plaques are all of which are suitable alternatives. What a winemaker determines is best to use can ultimately be boiled down to their winemaking philosophies, which we will get to later in this piece.

Now into the vineyard. This is where the hardcore vegans get to shine. Choosing a finning agent is all well and good but every true wine lover knows that great wine is made in the vineyard. If you are steadfast in your beliefs to live a life void of animal products this is the place to look. Ethically vegan vineyard practices are not employed by every winery in the world but those that do have it down to a science. Ethically vegan wines often use a combination of organic farming and in Europe nods to Biodynamics, following the cycle of the earth, as well in the vineyard. Although these practices are quite different from Biodynamics. Like Biodynamics where the whole vineyard is seen as one entity within a larger system, there is no use of using chemicals and a focus on natural materials and biodiversity. The difference is in the use of animals in the vineyard. Ethically Vegan wine production not only fines wine without the use of animal products but no animal products or animals are used in the winemaking process from vine to glass. Wineries often make their own compost and do not use animals as workers in the vineyards. 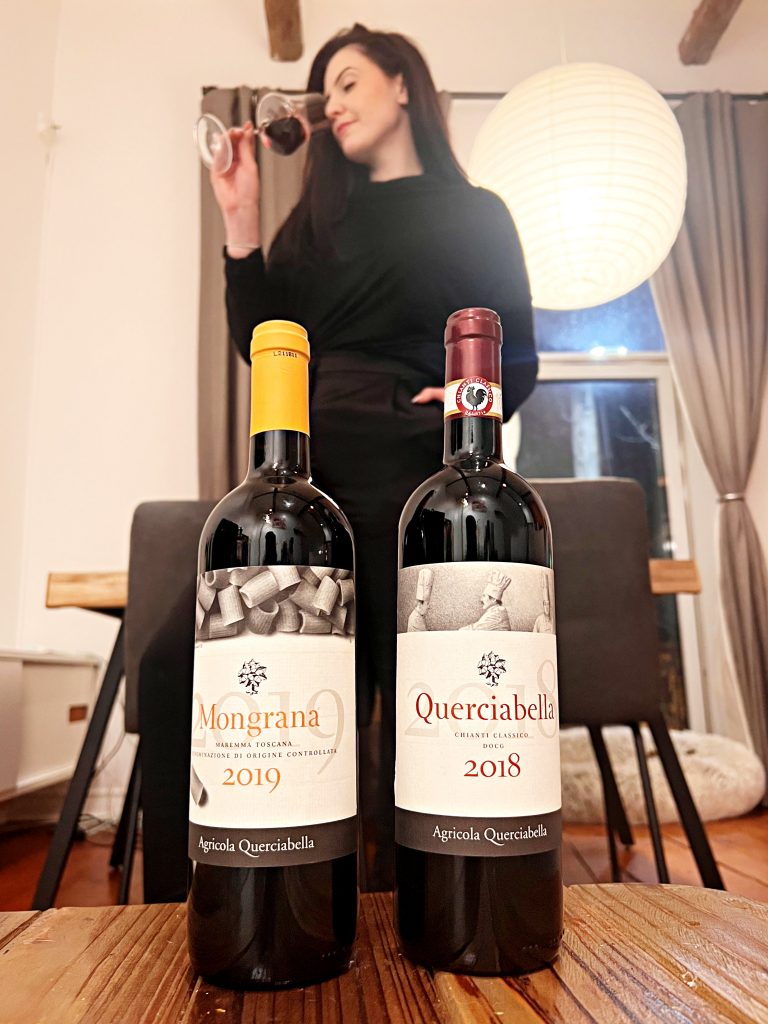 The philosophies behind vegan winemaking are simple. From a passion for animal rights to a need to take care of the environment for future generations, these goals are clearly understandable. However, they are not the norm yet. Natural winemaking has a nod to vegan wine production, by not finning and filtering wines. Organic wine practices also show the same sentiments. Even biodynamics with the philosophies of whole earth inclusion share a page with vegan winemaking. But it is the summation of every choice to not involve animals that make vegan wines truly unique.

The expressions of the wines in the glass are expressive of the terroir around them. When we explore how finning agents can change the aromas and palate of wine, a living and bottled product the use of non-animal agents is arguably a way to keep that life alive to its full potential.

Querciabella Is A Case Study In The Power Of Vegan Wines

The story of Querciabella is like small acorns growing into mighty oaks. Querciabella meaning beautiful oak in Italian was started by Giuseppe (Pepito) Castiglioni in 1974 and was later taken over by his son Sebastiano Cossia Castiglioni. Looking back on the winery’s history care for the planet has always been at the forefront. Sebastiano implemented organic viticulture in 1988 and pushed it even farther in the 2000s when he introduced a 100% plant‑based approach to biodynamic winemaking for Querciabella’s wines.

Not only is the winery a notable vegan producer, but it is also a notable producer full stop. Making amazing wines in the Chianti Classic with vineyards in the subregions Greve, Panzano, Radda and Gaiole, as well as additional vineyards in Maremma on Tuscany’s Etruscan coast. They have also been at the forefront of the Super Tuscan culture. Tasting through the line-up of wines it is clear that Querciabella is an unstoppable producer of world-class wines. 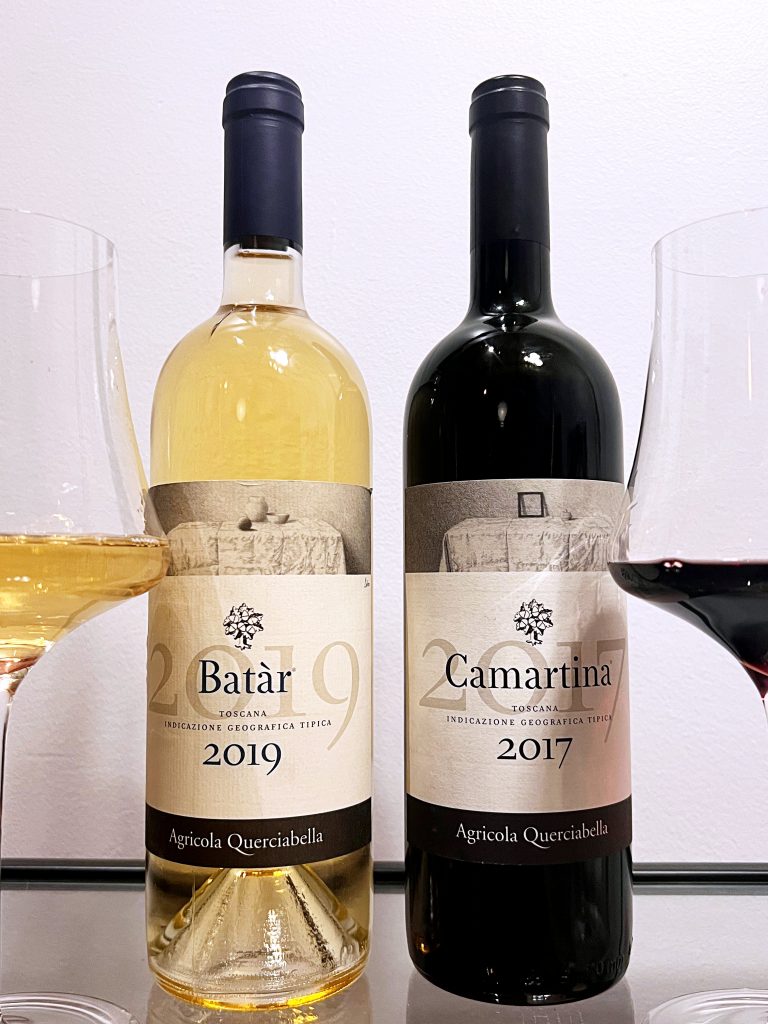 Into The Glass We Go!

Querciabella’s 2018 Chianti Classico shows off the power and grace of Sangiovese in the glass. The wine has been the centrepiece of Querciabella’s winemaking operations since the winery’s debut. And this vintage brings notes of rose, violet, currant, red cherries and juniper berries, licorice and cinnamon. the palate too follows suit and you get that acid-driven, spice and vibrancy that the region is so very well known for. 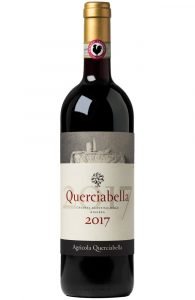 The Chianti Classico Reserva is a spet up from the Classic. A 100% Sangiovese production from grapes grown in the Greve in Chianti, Radda in Chianti and Gaiole in Chianti subregions and aged in French oak barriques and tonneaux for 16 months. The final wine shows aromas of violets, red and black cherry, red currant, blackberry, cinnamon, touches of oak and vanilla, with a tone of spice and vibrancy. On the palate, the wine is bright, complemented by dusty fine tannins and a bold but defined finish.

Batàr has gone through many iterations, since its birth in 1988. The wine is recognized around the world as the ultimate white Super Tuscan and one of Italy’s greatest white wines. Now the wine is a blend of 50/50 Chardonnay and Pinot Bianco, from vineyards in the Chianti regions. The wine is fermented in barrel and aged for 9 months in French oak. In the glass this wine definitely delivers. It is filled with aromas of acacia and chamomile flower, peach, yellow plum, cantaloupe, with hints of tropical notes and complemented by saffron and woody spices. On the palate, the wine is textural, evocative, grand and graceful. It is finished with a spiced and memorable length.

For Super Tuscans Camartina has not only laid the foundations for the estate’s trademark high-quality wine-making but also initiated its rise to success. The wine is a blend of  Sangiovese, Cabernet Sauvignon, with a touch of Merlot from vineyards in the Chianti region and aged in French oak for 18 months. The wine shows aromas of black cherries, plums, blackcurrants, cassis, soft earthiness, black pepper, dark cocoa, and tobacco. On the palate generous, sophisticated, and complex with touches of earthy notes and a balanced finish.

Querciabella’s Turpino is a wine that brings together a blend of Cabernet Franc, Syrah and Merlot from vines grown in Maremma and aged in French oak barriques for 16 months. In the glass, this is a voluminous wine filled with aromas of black cherry, plum, blueberry, pepper spice, violets, rose and sweet anise. On the palate, the wine is spiced and bombastic, this is a big wine with an air of elegance in the finish.

A short drive out from Florence and on the Tyrrhenian Maremma is a wildland for viticulture in Tuscany. The region recovered swampland with so many possibilities. Seeing the possibilities in Maremma the winery began to establish vineyards there in 1997, with their first production, the Mongrana, being released in 2005. This wine truly is one that pushes the boundaries for Tuscany. It is a blend of Sangiovese, Cabernet Sauvignon and Merlot that has been done fully in cement and stainless steel vats. The 2019 vintage shows aromas of morello cherry, blackberry, blueberry, pine needles, with hints of leather, coffee and dark chocolate-covered licorice. On the palate, the wine is juicy and soft, with a strong mineral edge, and a finish that is just so easy to love.

Get Querciabella's Wines in Ontario From Grape Brands Wine Agency
Click here - To find out more about Querciabella
Copyright 2022 © All rights Reserved.